As the first month of the decade draws to a close, I’ll take this post to reflect on the good things I’ve enjoyed! A lot are old friends that have popped up again – but there are some new faces!

This month I started and finished both two seasons of Netflix’s YOU. I’d heard a lot about this show online (aka out-of-context memes I wanted to understand) so I was keen to check it out, and oh my word it is riveting in the most wicked, twisted way. I won’t spill too many of my opinions about it now as I am planning on doing a deep-dive analysis of the show. In the meantime, I highly suggest checking it out!

I rewatched The Good Place this month – it’s such a wholesome show, and the twenty-minute episodes make binging sustainable. I’m so hooked I even referenced their infamous recreation of the trolley problem in my Philosophy lecture! (By the way, a quick litmus test for assessing the validity of your philosophy professor is to ask if they’ve watched The Good Place – mine has!)

Finally, after months of anticipation, Netflix released Chilling Adventures of Sabrina: Part 3 on Friday. After gobbling all eight episodes up in less than a day, I’ve already started rewatching it and like above, stay tuned for a fuller review of the new season!

In the prementioned wait for the new season of CAOS to be released, my sister bought me Season of the Witch, a prequel novel inspired by the series. While the story was somewhat cheesy at times, it made for a fun read and satisfied my Sabrina cravings!

A book I did not think I’d enjoy as much as I have is The Utility of Boredom – Baseball Essays by Andrew Forbes. My university writing professor – who’s actually friends with the author – assigned it for examples of expository essays. Although I have no real fondness for baseball, the writing is so compelling and heartfelt it’s hard not to love it. Plus, the matte cover and the summer scenes evoked in the essays make me feel calm and warm while reading it – a welcome literary escape from the cold grasp of the current winter.

Currently, I’m munching my way through a collection of short stories by Charlotte Perkins Gilman. Classmates from my English Literature AS Levels will know how I fell in love with “The Yellow Wallpaper” at first read, so I was eager to analyse it again in my current English course. I bought the collection of Gilman’s work last year on a classic spree at Indigo, and after putting it to good use revisiting “The Yellow Wallpaper”, I flipped onwards to the other stories. I’ve just started “An Extinct Angel”, after which there are thirty more stories to go!

I haven’t watched any movies this month. Still, I will use this space to share my excitement for Lana Wilson’s documentary about Taylor Swift’s – Miss Americana – that Netflix is releasing on Friday! The reviews flooding in from Sundance are full of nothing but praise, and Swift is simultaneously releasing a new song, Only The Young, so there’s a lot to look forward to!

While cold days often leave me inclined to wear my pyjamas to class, I’ve found some simple outfits I can slip on to feel cute and put-together in. My go-to: a black and white stripey turtleneck with black tights and a denim skirt. I think that when you wear skirts, it just makes an outfit look a lot more planned out than it really is, and a thick pair of tights keeps your legs nice and toasty!

I’ve been drinking a lot of tea as of late, and so this month’s featured snack is my various dunking instruments! After diligently rationing a pack of Dad’s oatmeal chocolate chip cookies, I moved on to a box of Ouma mini bitesize buttermilk rusks. Pro tip: dipping a little treat can take staying up late finishing an assignment to new levels of cozy previously unreachable!

Selena Gomez released her new album, Rare, the first week of January, and it’s worth the listen! My favourites are Rare, Dance Again, People You Know and Let Me Get Me – but they’re all bops!

This year, I’ve resolved to make themed playlists (as opposed to shuffling all my songs and then skipping to the ones I actually want to listen to!). Check out my Spotify to find some of these works-in-progress.

I have no doubt February will bring a lot more favourites, and there will definitely be some new blogs posts – alluded above – so watch this space!

Perrallta on Tumblr makes the best aesthetic mini prose pieces for every month which have been a firm favourite of mine for a while; their January one is the header image for this post! 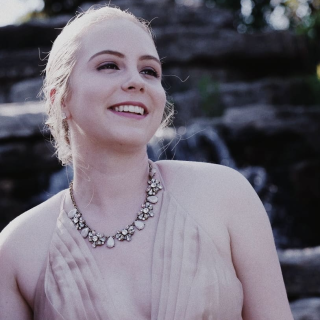